All posts by Megan Little

Leptin was discovered in 1994 as a hormone that is secreted by adipose or fat cells. It is the major signal from the body to the brain letting it know what the energy stores are like. It plays are role in metabolism, regulation of reproductive and thyroid hormones as well as satiety. Leptin has receptor sites in multiple places in the body, but we primarily consider it the satiety and starvation hormone. When fat stores are decreased leptin levels are also decreased, and it signals the brain to eat more food. However, when fat stores are increased, more leptin is also secreted. If too much leptin is secreted for too long, the brain can have a hard time recognizing that it is elevated, and the end result is that you feel increased hunger, this is called leptin resistance.

1. Inflammation: Generalized inflammation can harm the hypothalamus in the brain, making it less receptive to leptin signals

2. Free fatty acids: elevated triglycerides block leptin transport across the blood brain barrier, blocking signals that the body has enough fat stores and does not need to eat more.

3. Genetics: There are some genetic mutations that are correlated with higher rates of leptin and individuals carrying a mutation on LEPR gene could see higher serum leptin levels than those without the mutation.

So What Can We Do to Lower Leptin Levels?

1. The Basics: Eat real food in moderate amounts, exercise and get adequate sleep. All of these contribute to a balanced and healthy body. This is the foundation work to getting your leptin corrected.

a. Green Coffee Bean Extract: contains two compounds to provide an energy boost without giving you the stimulating jittery feeling that coffee often does.

b. Brown Seaweed: Contains a carotenoid, fucoxanthin, which may serve as an antioxidant specific to adipose cells.

DaVinci Formulas Adipo-Leptin Benefits is a one of a kind formula that isn’t available from other supplement companies. It has a unique combination of ingredients that supports the reduction in leptin levels when combined with good dietary habits and exercise.

Ideally, we will spend up to 1/3 of our lives sleeping from the time that we are an infant to becoming an older adult. Infants regularly sleep between 11-19 hours a day and the average adult should be sleeping between 7-9 hours a night, and in some cases up to 10. However, the demands of life including work schedules, responsibilities at home, and activities with friends are often put ahead of sleep, causing us to drop below 7 hours a night. It is a debt that must be paid back. Americans prioritize healthy eating, exercise and hobbies over a good nights’ sleep. And as many as 40% of Americans are sleeping less than 6 hours a night. According to the CDC, 31% of adults in Kansas and 34% of adults in Missouri report sleeping less than 7 hours a night. 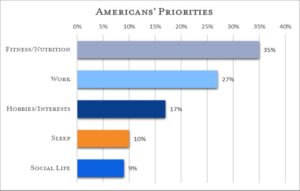 (https://sleepfoundation.org/)
If you accumulate between 5-10 hours of sleep debt by only sleeping 5-6 hours a night during the work week, you will not be able to make it up on the weekend without consequences. Taking long naps on the weekend might feel good in the short term, but often can result in poorer sleep once Sunday rolls around, setting you up for worse sleep throughout the rest of the week. Dr. Anthony Panettiere, MD, and neurologist and sleep expert has a short video on YouTube where he explains why trying to make up sleep debt on the weekend is problematic. So how do we start to take back our evenings and get into bed at a reasonable hour?
We have to make it a priority. Cleaning up your sleep habits by practicing good sleep hygiene will go a long way to improve your sleep and reduce the sleep debt owed. Going to bed as little as 15 minutes earlier can make a difference in how you feel the next day, but even better, would be setting a regular sleep schedule. Setting a wake up time and a bed time that is the same every day is an important part of this. Put it in your calendar, just like you would an appointment. Set intentions, making it a priority to begin winding down for the night at least one hour before you plan to go to bed. 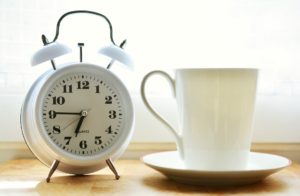 Try including some of the following tips to help your mind and body prepare for bed
· Put away your electronics: phones, tablets, computers and TVs all emit blue light, which can decrease the production of melatonin, making it more difficult to fall asleep
· Dim household lights as much as possible, this will signal your body that it is time to start winding down
· Listen to soothing music: This can help you calm your mind and destress from the day
· Take a hot shower or bath: The body’s core temperature must drop at night to be able to sleep and taking a hot shower can actually stimulate your body’s cooling system, making it easier to fall asleep
· Journal: if you don’t journal, even reflecting on the day, the things that went well, things you still need to do, and the things you are grateful for can help get thoughts out of your head and calm your mind
· Gentle stretch or yoga: Releasing some of the physical tension in your body can help you to relax your body as well as your mind.
It is all about your mindset and creating a night time routine is just as important having a morning routine. Having a pattern to follow will help to minimize sleep debt and make it more likely that you will climb in bed at a reasonable hour giving your body the rest it needs.
Read More
Jul 24 Comments Off on A Fat that Makes Your Brain Work Better

Fat is not the enemy! Visit Dr. Megan’s Blog to learn about one fat that can help you regulate your mood, sleep better and control your stress hormone.

Want to know how to get better sleep as soon as you wake up in the morning? Visit Dr Megan’s Blog by clicking the link below to learn more! 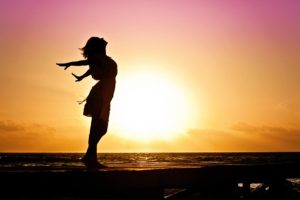 Free B 12 shot with the purchase of a Glutathione injection!

How can glutathione Injections help?

Glutathione is a very potent antioxidant that plays a crucial role in the human body. It is found in almost every single cell and is involved in multiple processes, even though it is most well-known for its role in detoxification and its ability to neutralize free radicals.  The highest concentrations of glutathione exist in the liver, where detoxification primarily takes place. In addition to its detoxification abilities, it also scavenges and neutralizes free radicals and helps with the recycling of other antioxidants (vitamins C and E) to keep them in their active form.

Glutathione is synthesized from three main amino acids, glycine, cysteine and glutamine. And while it is possible to increase glutathione levels from consuming these extra amino acids, intramuscular injections provide a quick increase to support the body’s needs at times of increased demands. It is possible to take oral glutathione, however it is less efficacious, due to it being broken down by enzymes as it passes through the digestive tract. In one study performed in 2013 participants had to take 1000mg orally for 6 months to see a 30% increase in blood concentration. Within one month of stopping supplementation levels had decreased back to baseline.

So what causes an increased demand for glutathione in the body? Life!

Excess demands for glutathione occur when the body is exposed to prolonged stressors such as chronic illness from both bacteria and viruses, a build-up of toxins from pharmaceuticals, infection, radiation, pollution and carcinogens. All of these put a demand on the body for glutathione. When glutathione levels are low the immune system doesn’t function as well and inflammation can be increased.

There are minimal side effects with glutathione injections, but it is important to talk to your doctor about what supplements and medications you are currently taking.

For more information, watch the video below by Dr. Mark Hyman, MD.